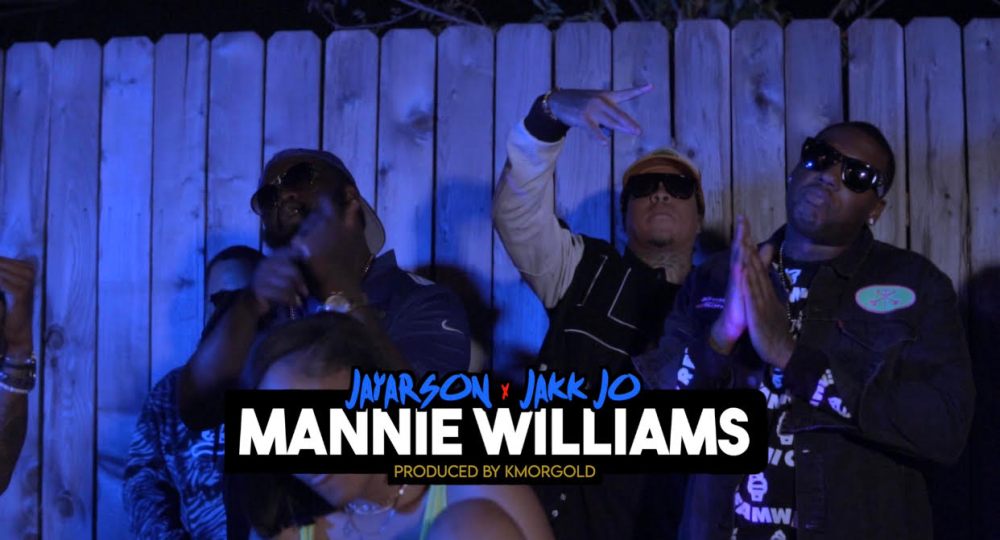 New Orleans Rap star on the rise, JAYARSON, teams up with Uptown New Orleans veteran producer KMorGOLD and New Orleans hip hop royalty, Jakk Jo, the Prince son of the Queen of Southern Rap, Mia X. The three team up on KMorGOLD’s tribute instrumental which mixes up sounds of the Big Tymers’ “Get Your Roll On” and the Pharrell track “Frontin”. The video is available on YouTube, with the single available for purchase/streaming on all major digital platforms.

JAYARSON’s nostalgic verse graciously uses “Get Your Roll On” to pay homage to a solid New Orleans classic. Jakk Jo hypes the track with a classic New Orleans chant like “Come On, Come On, Come On”. They team up with Dope Media to create a real picture of daily New Orleans party life. It is a light hearted visual that is really needed at this time! 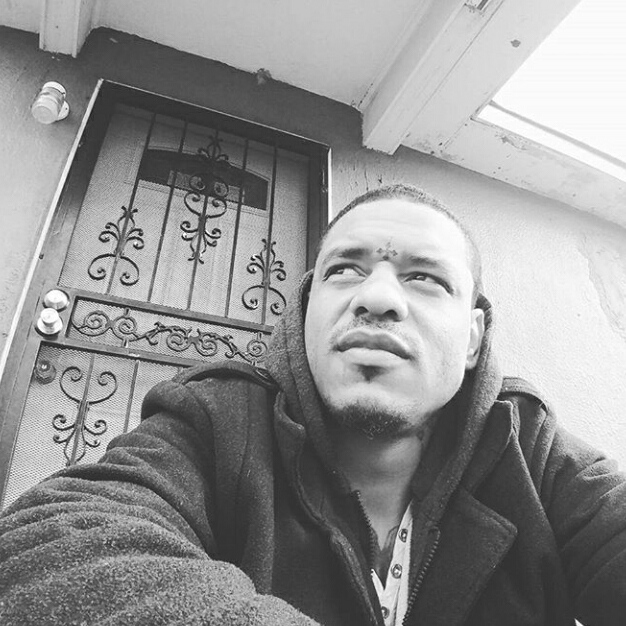 The Heat Magazine recently published a feature interview with King EGO, a rising lyrical talent. Check it out here:

WARRIOR: A PERSON ENGAGED OR EXPERIENCED IN WARFARE; SOLDIER;
A PERSON WHO SHOWS OR HAS SHOWN GREAT VIGOR, COURAGE, OR AGGRESSIVENESS, AS IN POLITICS OR ATHLETICS.

New Orleans‘ infamous 17th Ward neighborhood Hollygrove has birthed many a musical legend. And it touts some of the most resilient, unique, talented, and beautiful people that can be found anywhere in the world. Hollygrove is indeed a glistening one-of-a-kind diamond in the rough.

Meet King EGO, another one of Hollygrove’s hidden gems. A fiercely intellectual and artistic leader with the heart of a lion, this warrior leaves no stone unturned in his quest for making some of the dopest music around.

King EGO is one of those artists that never ceases to amaze. From his endless vocabulary to his quick wit and epic storytelling ability, he makes sure to leave his mark on every track he graces.

We caught up with him this weekend and learned a lot of about King EGO. Check out his interview:

CLICK HERE TO READ THE INTERVIEW WITH KING EGO

There’s a new, dope guy in town and his stage name is “Jay Smash”. Check out his features in The Heat Magazine and This Is 50:

“We gonna start this thing off right – we got Devious in the house tonight!” – From 1992’s hit single “Where They At”

New Orleans legend Devious (and of course, Hollygrove’s own) has long been a mainstay in urban music. His new single “Bounce That” was released just as Drake’s new singles are working to bring New Orleans’ unique and often imitated/never fully duplicated sound to the world! Super producer BlaqNMild created the track and added his awesome flavor to the already delicious recipe. Yes folks, it’s an exciting time in New Orleans, Louisiana.

Devious has long worked as an architect of New Orleans’ exciting sound, most notably for his historical work on DJ Jimi’s 1992 hit single “Where They At”. In fact, that song solidified the careers of not only Jimi, but Devious and Mellow Fellow and led to an explosion of Bounce Music as an entire sub-genre. Now that we’ve gotten that out of the way, we must put it out there that New Orleans culture created Bounce. The city’s own legends catapulted it into mainstream. Once it took its place in music history, artists such as Drake and T.I. helped to make the sound travel even further around the globe – BUT credit must be given to those who created, cultivated and nurtured Bounce and New Orleans music in the beginning! Devious is one of those “bricklayers”.

“Bounce That” is available at all digital outlets. A full length album entitled “The Narrative” will soon be released by Devious and you can expect to see some memorable collaborations on deck. Devious is a highly lauded, talented and awarded songwriter, artist, entreprenuer, educator, and mentor who has been busy gaining songwriting credits with Cardi B, Lil Duval, Project Pat, and more. As of late, BlaqNMild has been producing for Drake on “Nice For What” and “In My Feelings”, as well as on Devious’ upcoming album.

The ultra-talented femcee Storm is back, this time with a new single entitled “Stained”, a rousing song to which many can relate.

The track was produced by KC and is available everywhere music is sold or streamed.

New Orleans legends Mr. Meana and Kango Slimm of the beloved group Partners-N-Crime (PNC) are preparing to drop a new single entitled “Only Human”. It will be available for streaming and download on all digital platforms. The single was produced by KC.

MIKODreamz PR client and New Orleans artist/activist J Lyric is no stranger to controversy when it comes to marring politics with his music. He’s well-known for his political stance, as can be seen from his Twitter and Instagram posts. His most recent offering is a single entitled “Dear Mr. West”, when he calls out Kanye West on his recent seemingly change of position on politics, particularly his siding with President Donald Trump – something that most who wish to see social change would never do.

The visuals for “Dear Mr. West” clearly demonstrate what was on J Lyric’s heart when he penned the lyrics to the song. It is a most important video in this political climate, amid racial turmoil across the U.S. The single is available for download and streaming on all digital platforms. 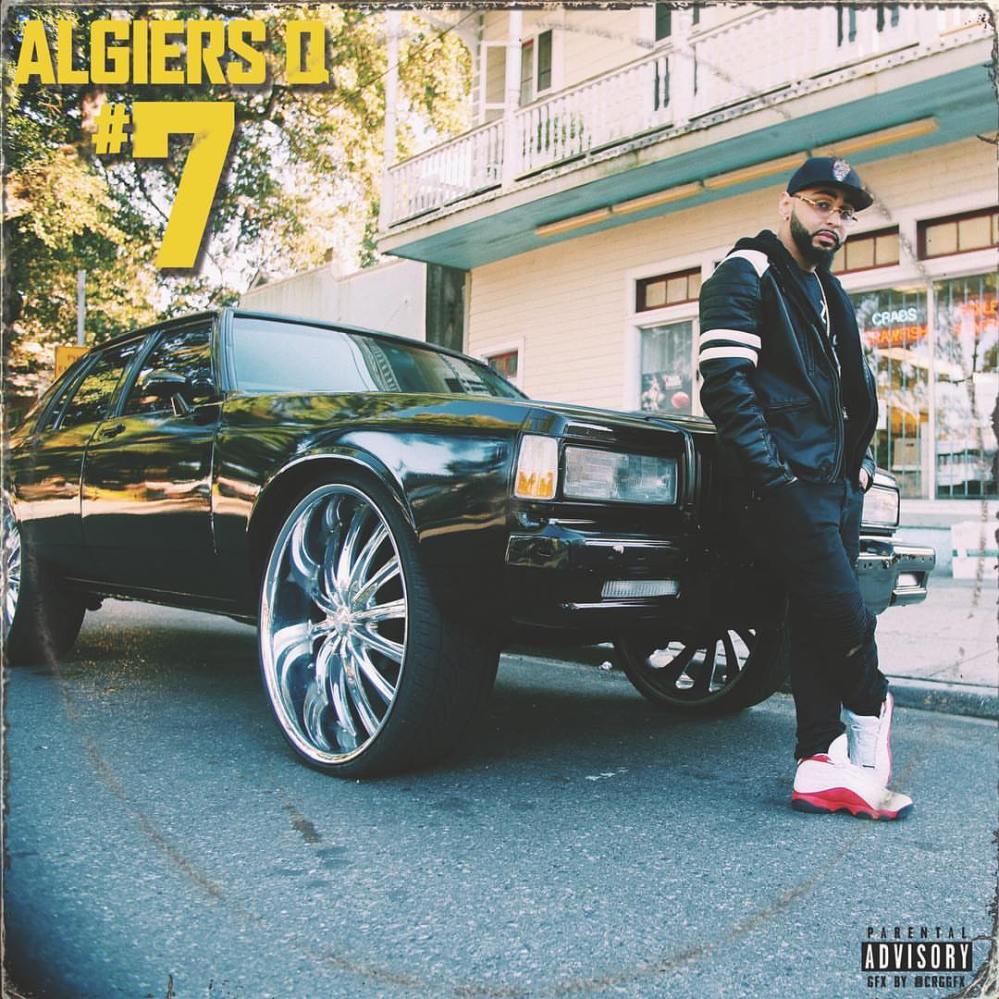 Quest the 7th hails from historic Algiers, located on the Westbank of New Orleans. He is becoming well known for being one of the most inspirational and creative modern day music artist and songwriter. In addition, his production style is sought after. He is truly growing into the title of “triple threat”, one he plans to wear well. His style is unrivaled in that his music is traditional, yet influential and is helping to reshape the sound of today’s modern Hip Hop. The visuals for “# 7” were filmed and directed by CRG Films and were just made available on You Tube. It is the first single off of the upcoming “Algiers Chronicles 1.5”, a deluxe edition and a re-release of the acclaimed “Algiers Chronicles” that made its debut in 2017.

One of the goals Quest the 7th hopes to achieve through the release of “Algiers Chronicles 1.5” is to breathe new life into a genre that many contend has become dull, boring and downright unoriginal. Quest the 7th is an original and an epic creator and because of these qualities, he is confident he will be successful in not only changing the current state of Hip Hop, but affecting it positively and creating a lane for talented and like-minded creatives. His ultimate goal is to become known internationally as a Hip Hop innovator, serving as a catalyst for the return of real and intellectual Hip Hop music, fused with mainstays like R&B and Jazz. Quest the 7th has been quite successful in creating timeless art and he looks forward to the future as he continues on that same mission.

“Algiers Chronicles” was released to wide acclaim on August 28, 2017 and is available for purchase and streaming on all major digital entertainment platforms, including iTunes, Google Play, Amazon Music, Spotify, and hundreds more. “Algiers Chronicles 1.5” will be released in the near future. For booking, appearances and features, contact Manager Mike Swift at 504-357-7646. For interviews and media inquiries, contact Publicist Arlene Culpepper of MIKODreamz PR via email at mikodreamzpr@gmail.com.

HKMG MIKODreamz PR client/CEO and flagship artist Breadman is cooking up some big things. He is preparing to attend and perform at Austin’s upcoming SXSW, not to mention he dropped a new video earlier today.

“Other Sh*t” is available on You Tube and the song will be available everywhere music is sold/streamed. Breadman continues to make the most of 2018’s First Quarter, as he prepares to heat up the Second Quarter.